I BELIEVE IN NOTHING 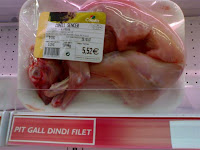 I believe in the power of the imagination
to remake the world,
to release the truth within us,
to hold back the night,
to transcend death,
to charm motorways,
to ingratiate ourselves with birds,
to enlist the confidences of madmen.
I believe in the forgotten runways of Wake Island,
pointing towards the Pacifics of our imaginations.
I believe in Max Ernst, Delvaux, Dali, Titian,
Goya, Leonardo, Vermeer, Chirico, Magritte,
Redon, Duerer, Tanguy, the Facteur Cheval,
the Watts Towers, Boecklin, Francis Bacon,
and all the invisible artists
within the psychiatric institutions of the planet.
I believe in madness,
in the truth of the inexplicable,
in the common sense of stones,
in the lunacy of flowers,
in the disease stored up for the human race
by the Apollo astronauts.
I believe in my own obsessions,
in the beauty of the car crash,
in the peace of the submerged forest,
in the excitements of the deserted holiday beach,
in the elegance of automobile graveyards,
in the mystery of multi-storey car parks,
in the poetry of abandoned hotels.
I believe in the gentleness of the surgeon’s knife,
in the limitless geometry of the cinema screen,
in the hidden universe within supermarkets,
in the loneliness of the sun, in the garrulousness of planets,
in the repetitiveness or ourselves,
in the inexistence of the universe and the boredom of the atom.
I believe in flight,
in the beauty of the wing,
and in the beauty of everything that has ever flown,
in the stone thrown by a small child
that carries with it the wisdom of statesmen and midwives.
I believe in the death of the emotions,
and the triumph of the imagination.